Seat Allotment for NRI Students in Engineering Colleges of India

JoSAA is an abbreviation for Joint Seat Allocation Authority which is governed by MHRD, India. Once all the results for JEE (Mains & Advanced) are released by NTA, a first round of Seat Allocation is conducted in online mode on JoSAA's website. The Institutions involved in this are IITs, NITs, IIITs, SPAs and CFIs to admit students in UG Engineering/Architecture Courses. Except IITs, all the above mentioned colleges take admissions of NRI/PIO/OCI Students through their SAT Subject Scores (DASA Scheme).

Based on DASA Scheme, each of the dasa participating colleges have 15 % of the seats reserved for NRI/PIO/OCI Students. It also involves a subset i.e. CIWG Scheme in which 1/3rd of the 15% seats of DASA is reserved for NRI Students from Middle East.

Note: According to the latest update from DASA, from session 2021-22 onwards, JEE Mains Rank is mandatory for NRI/ PIO/ OCI/ FN Students to be eligible for DASA & CIWG Schemes. Hence, 2020-21 will be the last year when SAT 2 scores will be considered for DASA/CIWG Scheme.

Read below to find out the detailed Seat Allotment Procedure (by JoSAA).

JoSAA manages the seat allocation/allotment for JEE Mains and Advanced qualifies candidates. There are 7 rounds of seat allocation in about 100 Institutes that fall under JoSAA (JoSAA Participating Colleges) which includes 23 IITs, 31 IITs and 23 GFTIs / CFIs.

Candidates can participate in all these 7 rounds on JoSAA's official website:

After loging into JoSAA using your JEE Mains Application number, the students have to fill the choice for the program/courses/streams and Institutes in the decreasing order of preference.

After each round, results are announced based on your choices. After which you can mark them Freeze/ Slide / or Float. Freeze would mean that you are satisfied with the college & branch you got. Once the choices are locked you cannot modify them later. The other 2 options would give you an choice to continue/modify for the next round if you are not satisfied with the college or branches you got.

Float allows you to accept the seat but if in next round, you get a better institute/course (as marked by you during choice filling), you will loose current seat & get that better seat alloted.

Those who have marked 'Freeze" must then report at the centre for Document Verification according to IST (Indian Standard Time).

After the Document Verification is done at the reporting Centre, once the seat is allotted you, must pay the SEAT Acceptance Fee. The payment option is available with SBI e-Challan/SBI Net Banking/SBI Debit Card.

JoSAA has officially released the following dates for all the procedures under JEE Seat Allotment.

Dual Reporting (What if Seat Allotment changes from NIT to IIT?):

If the candidate’s allotment changes in the subsequent rounds from IIT to NIT/CFI and vice-versa then the candidate is expected to be present again in the respective new centre/Institute for re-verification. The report of absence will directly register as “Failure of Allocation”.

The candidate will have the liberty to withdraw the seat even after the acceptance of seat. You can withdraw only after the 6th round of seat allocation and seat acceptance fee will be refunded with deduction of Rs.1000 for processing charges.

Documents NRI Students must have while JEE Document Verification:

This list of documents is especially for NRI/OCI/Children of Indian Workers in Gulf Countries (CIWG) categories:

You must report at the college for Document Verification & Admission Procedure according to IST (Indian Standard Time). Carry attested copies of all your certificates to the allotted Institute at the time of document verification or admission. It is also advisable to keep a few printed copies of your passport size photo with you at all times. Application of Aadhar card has been made mandatory for a lot of procedures in India by the government. Hence, ensure you apply for it well in advance to avoid the last minute hassle.

For students who can't find a proper seat for themselves in JoSAA Seat Allocation, after JoSAA Procedures end, they can participate in the Special Round of Counselling named CSAB Counselling. Visit for more details.

Fees for students in the NRI quota (CIWG Scheme):

The above information is primarily for students, including NRIs, who are taking admissions in IITs (via JEE Advanced, no quota is applicable in IITs) & also in NITs, CFIs, IIITs (but not under DASA Scheme). If you happen to take admissions in NITs, IIITs, CFIs under DASA / CIWG Scheme, here is an overview for you.

The fees that are levied for students who gain admission in the NRI quota after the allocation of the seat, is generally higher than that of students who study in the general quota (non-CIWG Category). For a four-year degree program under DASA Scheme, the cost could be in the range of nearly USD 11000 per year. If you belong to the category of Children of Indian Workers in Gulf Countries (CIWG), the fees for the entire B.Tech/ B.E. / B.Arch course is way less. The admission is given under a special quota (CIWG Scheme) and the fees is approximately USD 6000. The countries that fall under CIWG group are:

The given fee structure may be subject to slight variations depending on the institution and the engineering stream. The students whose parents are working any of the above-mentioned countries may make use of this special quota. If the seats for CIWG quota get all occupied, they can still apply under the general NRI category (DASA) as well.

Useful JEE Main Links You Should Not Miss:

JEE Details You Should Not Miss:

How to register for JEE Online Preparation Courses:

An IIT-Madras alumnus with CS as a specialization, An avid education blogger and counselor for students who wants to pursue JEE. 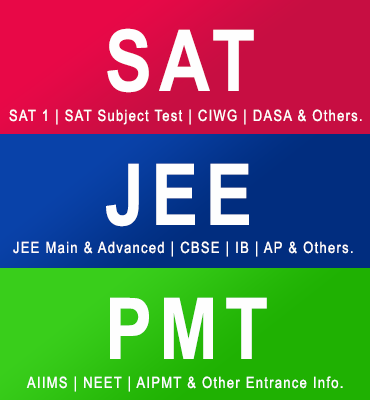 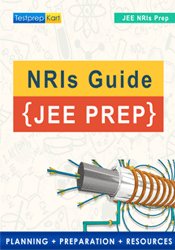